Code On Time release  8.9.21.0 introduces the clipboard and data drag & drop support in Touch UI. Dashboard data controllers can be enhanced to perform automatic refresh of the DataView fields according to the specified interval. DataView fields can also be connected into master-detail relationships even if there are no natural foreign key relationships. The Property Grid  is the new exciting feature of the framework - keep reading to learn more!

In a matter of minutes developers can configure the app to allow Cut/Copy/Paste and dragging of items from one data view to another. A simple programming model makes it easy to implement processing for the system commands CutPaste, CopyPaste, and DragDrop. The persistent clipboard allows moving data from a data view on one page of the app to another. 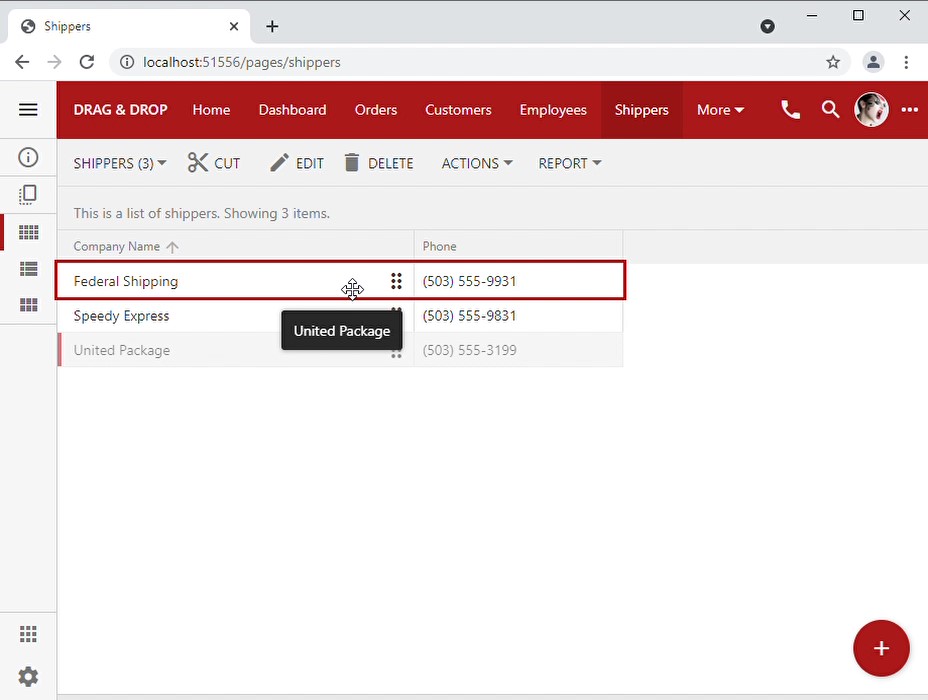 DataView fields of a data controller can now be configured to refresh after a specified interval. Specify the Refresh Interval property in the Data View section of the data field in the “form” view. The interval is expressed in seconds.
This feature can be useful when implementing the monitoring dashboards. The framework will ensure that the app is not busy and the dataview is interactive and visible to the user when performing the synchronization of the view data with the server.

DataView fields can have a master-detail relationship with the other DataView fields in the form even if there is no natural foreign key relationship between them. The Clipboard and Drag & Drop tutorial demonstrates this in action by setting the link between the orders and the menu of products. The property Filter Source of the products is pointing to the orders and no filter fields are specified. If the order selection is changed then the products are refreshed. The server-side code can perform custom filtering based on the arbitrary condition. 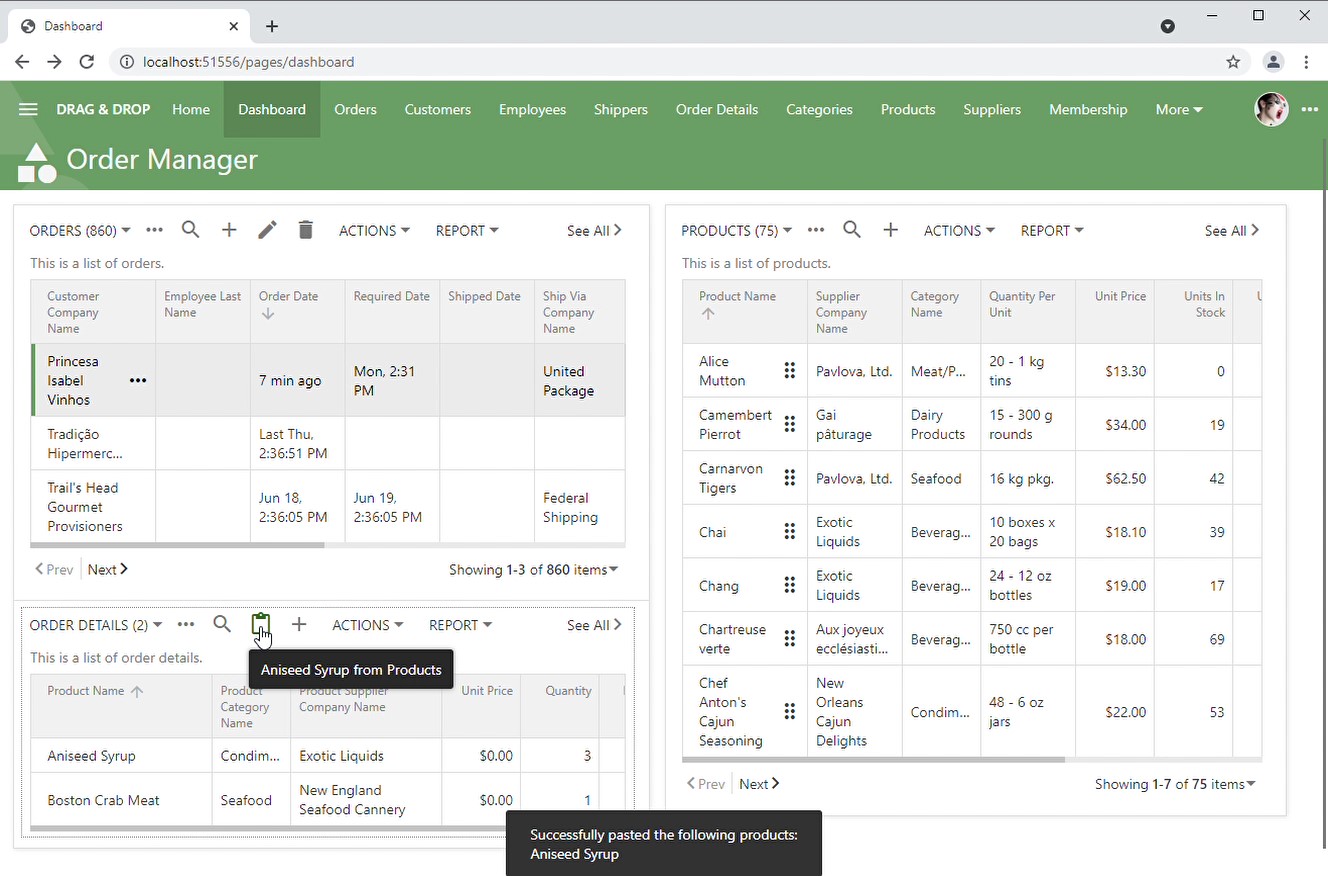 We are pleased to announce that the new feature called Property Grid is now included in the framework. The screenshot shows the property grid displayed in response to the inspection of the display object on the page, that was constructed with the Content Hub Add-on and Display Flow. 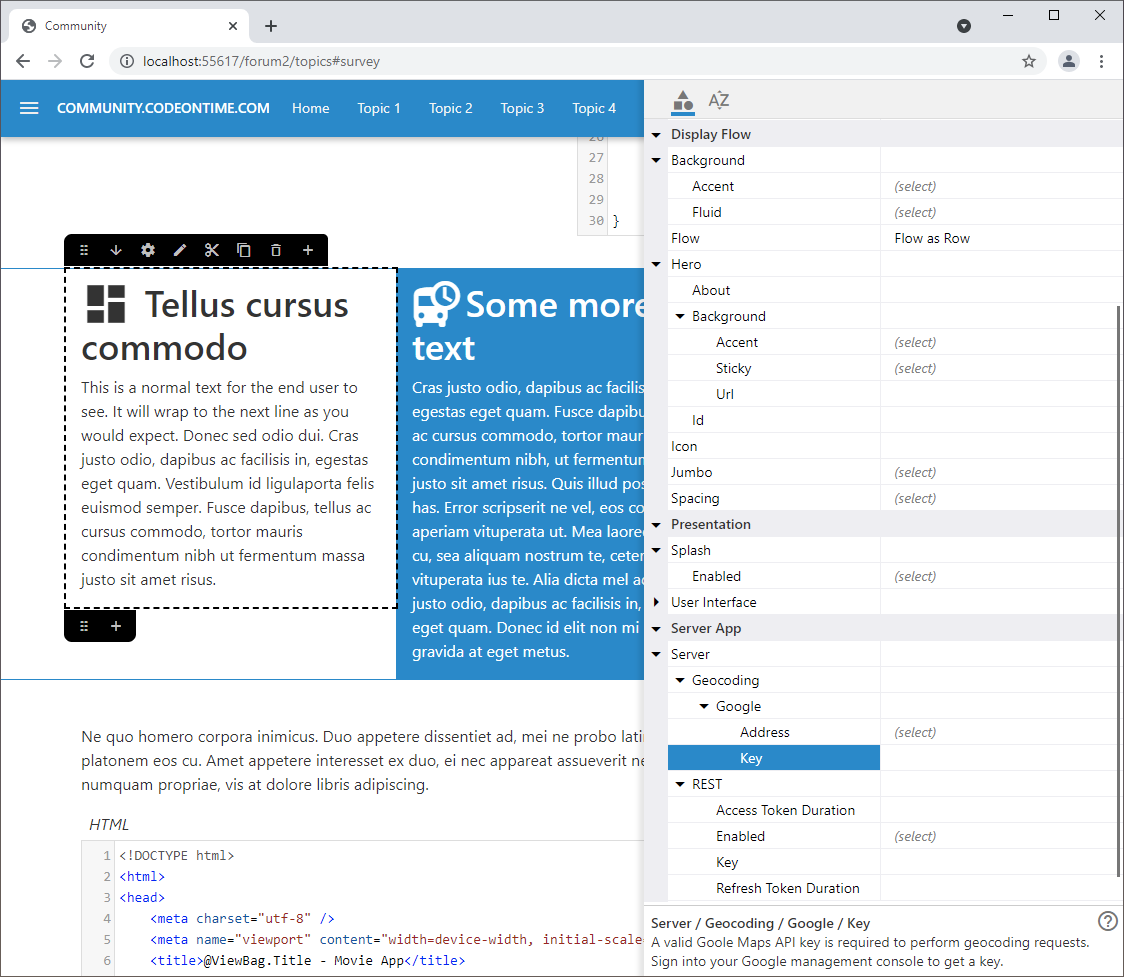 Soon you will see the Property Grid in the development mode of your own apps when configuring the ~/app/touch-setting.json or the project properties. The same component will be sliding out from the side of the screen when editing the content in the upcoming community site and when building the data-driven surveys at runtime.
Property Grid is the Touch UI form driven by the metadata. The developer-friendly data input mode with the comprehensive keyboard support makes the grid suitable for various configuration tasks when building apps and content. It will be also possible to tag a form view as a property grid. The form view configuration will be converted into the Property Grid metadata by the framework at runtime and the end user will be presented with a sliding panel to edit the data.

The following features, enhancements, and bug fixes are included in the release: