When users create a new project in the app generator using release 8.6.6.0 and later, the project type will now be App Factory.

Note that projects created before release 8.7.0.0 will use the “WebSite” folder name instead.

All styling is stored under ~/css folder. All client-side scripts are stored under ~/js folder. Standard styling and script files are read by the framework, joined together, and streamed to the client (native app or web browser). The “_ignore.txt” file located in the two directories enumerates which non-standard files and directories are included in the output. 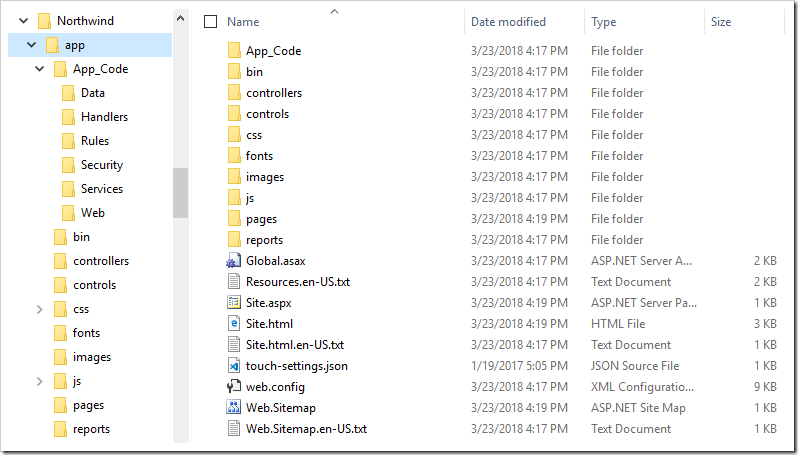 An additional checkbox is now present on the New Project screen – “Implement application framework as class library (for experienced users only).” 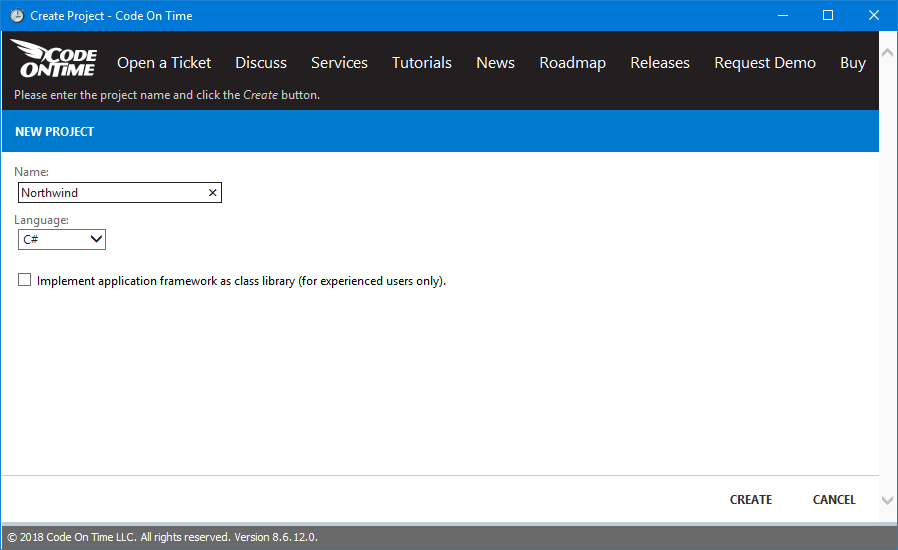 When this option is enabled, the application framework code is placed in a separate class library project, named after the project’s namespace.

The developer must have an instance of Visual Studio 2010, 2012, 2013, 2015, or 2017 installed on the development computer in order for the application to run. At compile-time, the Microsoft Visual Studio compiler must compile and package the application source code stored in the namespace folder into a *.dll file under the app folder. Only then will hosting software (Microsoft IIS) will be able to run the application.

App Factory (Advanced) projects store standard CSS and JS files under the class library. Upon compilation, these files are saved as embedded resources and read from the class manifest.

A number of project types have been deprecated or disabled: