Code On Time release 8.6.8.0 introduces ability to test user roles in SQL Business Rules and fixes several remaining issues related to the recent change to the folder structure of projects in the preparation to the Native App generation.

Developers can now access parameter @BusinessRules_UserRoles in the code of SQL Business Rules and test user roles for conditional processing.

For example, create a Transact-SQL business rule in Products data controller may look as follows:

Set Command Name of the rule to Insert|Update and Phase to Before. Run the app, login with a non-administrative account, and try to update a product with a price higher than $30. 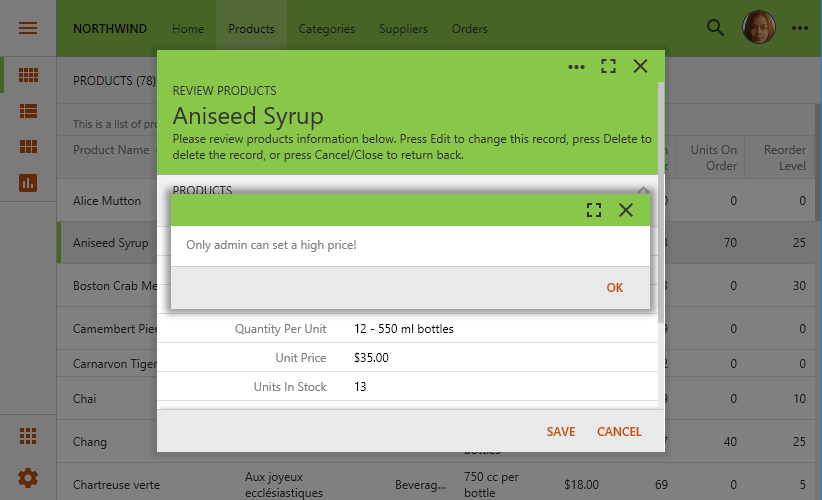 Use the corresponding “contains” function and parameter marker in front of “BusinessRules_UserRoles” when working with the database engines other than Microsoft SQL Server.

The following fixes are also included in the project.